We cooked the famous aromatic Tom Kha Gai Chicken, Shrimp, Coconut Soup here at Cooking Romania by Vivi! It is Thailand’s national dish and bears the influence of neighboring Laos. The traditional Tom Kha Gai Soup consists of chicken chunks, galangal, lemongrass, garlic, chili, kaffir lime leaves, mushrooms, coconut milk and fish sauce. We added shrimp to the recipe as it is a common ingredient in Thai cuisine, and it imparts a superb oriental flavor to the dish.

And it is the real deal, I’m telling you! This is a creamy Tom Yum version, the perfect comfort food and immunity boost you need in winter.

The origin of Tom Kha Gai

What is the staple ingredient in Tom Kha Gai soup?

It’s galangal. It’s quite hard to find galangal in Romania, so we were happy with the substitute we used – ginger.

What is the difference between Tom Yum and Tom Kha?

Tom Kha Gai is made with coconut milk and chicken breast. Tom Yum, however, is made with broth and shrimp and is considered a hot and sour soup. This time, we used both chicken and shrimp in our Tom Kha Gai, we love both versions of it.

It is borderline medicine! Tom Kha Gai soup boosts your immune system. It is very dense in nutrients and the spice combination keeps the immune system high. We cooked this soup in December, and we became addicted!

Although the Thai recipe is made with galangal, we used ginger as a substitute and the result was amazing!

What does Tom Kha Gai mean?

My mom and I visited Bangkok, Thailand for 10 days in 1991, a mere 2 years after the Romanian revolution and the fall of Ceausescu and his dictatorial communist regime. I was so excited about my first international flight and about going to a country I had been reading about for so long! Now, as we say in Romanian, “socoteala de acasa nu se potriveste cu cea din targ” (don’t count your chickens before they are hatched, or things don’t always pan out as expected).

I had been dreaming of visiting Buddhist temples and learning martial arts in Thailand, while being taught meditation by Buddhist monks and gaining superpowers, Ninja style. What actually happened? We went for 3 times to an open-air shopping market to buy clothes my mom would later sell back in Romania. We rode many tuk-tuks. We went to a night disco where the waiters kept refreshing us with steaming hot towels. We visited the largest crocodile farm in Bangkok. I got sun burnt because I did not use sunblock (I didn’t even know what that was at the time). Aaand we tried only very “safe foods” at the night food market. Nevertheless, I got introduced to the unique Tom Yum soup, hence 30 years later I am cooking Tom Kha Gai (the creamier version of Tom Yum) with my daughter Adara. All in all, my Thai culinary experience was a blast and you will see immediately why.

I grew up in communist Romania and I had never been shopping in a nice and tidy store. I was familiar with the fights, punching and shouting, standing in line forever (sometimes we had to sleep outside three consecutive nights to get a kilo of meat), and the common disappointment when the butcher would shout: “s-a terminat” or “nu mai e” or just “gata!” (we are sold out, finished).

In a cozy store in Bangkok, I bought my first hot dog, something that I had seen only in movies (in my teenage mind, the epitome of capitalism) and a perfume that I can still feel anytime I want to go into a state of freedom and relaxation. Little did I know about the flow or the zone in 1991, however I was using it. NLP anchoring too.

Additionally, I had never seen street hawkers or street food carts. What a delight! A simple serving of fresh pineapple that cost 1 dollar was offered graciously to me after the street hawker put on a dance show while slicing the pineapple with a machete like a toreador fighting a bull. Bangkok is supposedly one of the best street food cities in the world and I was so lucky to see it with my own eyes.

Now, let me tell you a little bit about the street food you can enjoy in Bangkok.

Unusual foods sold in Bangkok, Thailand – only for adventurous eaters!

In Bangkok and later in Sri Lanka, I saw how fish is sun dried. People dry seafood and fish on the sidewalk by neatly placing the food directly in the sun on pieces of paper.

At night, street vendors and small restaurants sell sun-dried squid, meats on skewers and deep-fried snacks such as fried insects – grasshoppers, crickets, bee larvae, silkworm, ant eggs and termites. My mom would not allow to me to try any of these dishes that apparently taste quite bland.

The ingredients we use are so different and yet so delish, each in its turn.

The typical ingredients used in Thai soups are:

The typical ingredients used in Romanian soups are:

Notice the difference between the set of ingredients used in Romanian and Thai soups. Two worlds apart, still equally sweet, sour and flavored.

What is the difference between Romanian sour soup (ciorbă) and sweet soup (supă)?

The difference between supă and ciorbă is that the meat and most of the vegetables in the supă are removed, the resulting liquid being served with dumplings or noodles.

Supă – generic name for sweet (usually clear) soups – is made from vegetables alone or combined with chicken and beef).

Before you go to the Tom Kha Gai Chicken, Shrimp, Coconut soup recipe, let’s take a look at the ingredients you need: 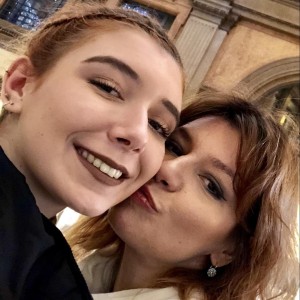